On the occasion of the 60th anniversary of the 1956 Revolution, H.E. Ambassador Katalin Bogyay, Permanent Representative of Hungary to the UN hosted a panel discussion on the “1956 Hungarian Revolution and the 20th Century Democratization Processes".

On 17 January 2017, H.E. Ambassador Katalin Bogyay, Permanent Representative of Hungary to the UN, hosted a panel discussion on the “1956 Hungarian Revolution and the 20th Century Democratization Processes".

The discussion was part of a series of events commemorating the 60th anniversary of the Hungarian Revolution that lasted only from 23 October until 10 November 1956.

The unique event provided an opportunity to explore the international context and the long-term impact, if any, of the Hungarian Revolution, in particular on the democratization processes taken place in following decades, not only in Central/Eastern Europe but worldwide. 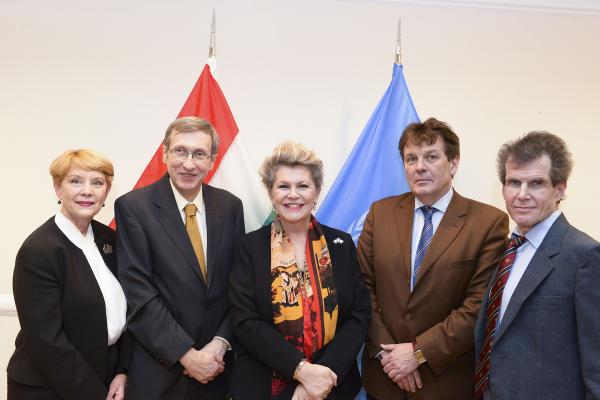 The most renowned Cold War expert, Prof. Mark Kramer from Harvard University, Prof. Ferenc Miszlivetz, Hungarian academic and General Director of the recently established Institute of Advanced Studies Kőszeg (iASK), Prof. Jody Jensen, Senior Research Fellow and Coordinator of the Polányi Centre at iASK, as well as Prof. Attila Pók, Deputy Director at the Institute of History of the Hungarian Academy of Science served as panelists.

Following the opening remarks delivered by the Hungarian ambassador, the panelists discussed issues such as what international and national events led to the Hungarian Revolution, what the “freedom fighters” wanted to achieve, what role human dignity played in the outbreak of the revolution, as well as how could such a short-lived revolt be so influential not only in international relations, but also in political science and philosophy. 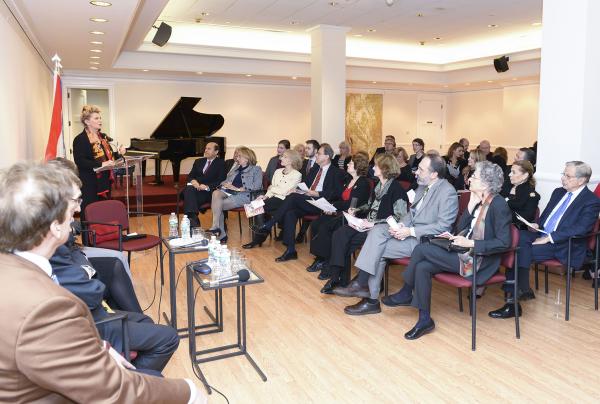 The event was attended by UN ambassadors and diplomats, artists, academics, representatives of the media and of the business sector.

Participants could also learn more about the history of the Revolution through a roll-up exhibition displayed at the venue.

The panel discussion was sponsored by the ‘1956 Hungarian Revolution and Freedom Fight 60th Anniversary Memorial Board’.

To see the photo diary of the event, please click here.