This year’s UN Day Gala Concert was co-hosted by the United Nations and the Permanent Mission of Hungary to the UN on 24 October, 2016. The event started with opening remarks by Secretary-General Ban Ki-moon, President of the General Assembly Peter Thomson and Under-Secretary-General Cristina Gallach, followed by Dr. László Szabó, Deputy Minister for Foreign Affairs and Trade of Hungary and Ambassador Katalin Bogyay, Permanent Representative of Hungary to the UN. The spectacular event featured performances by the orchestra of the Hungarian State Opera with world-renowned soprano Andrea Rost and tenor Boldizsár László, the dancers of the Hungarian National Ballet and international guest artists from Denmark, Sri Lanka, Australia and the Republic of Korea. 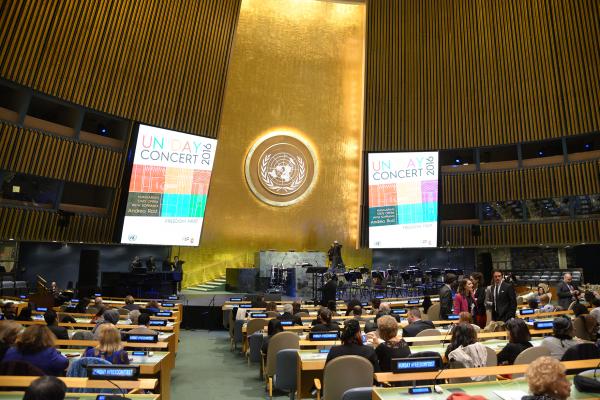 The UN Day concert marks the birth of the United Nations in 1945 through the universal language of music. In his opening remarks, Secretary-General Ban Ki-moon thanked the Permanent Mission of Hungary for co-hosting the event. He highlighted that the desire to protect human right has always been at the heart of the work of the United Nations and it is therefore fitting that the theme of this year’s concert is “Freedom First”. The Secretary-General recalled the moment 60 years ago, when he read out a strong message on behalf of his elementary school students to then Secretary-General Dag Hammarskjold in which they called for the urgent support of the Hungarian people who lived under oppression at that time. Finally, he paid tribute to the UN’s dedicated staff around the world for their courage and hard work.

The President of the 71st session of the General Assembly, Peter Thomson and Under-Secretary-General for Communications and Public Information, Cristina Gallach also made welcoming remarks in which they expressed their appreciation to Hungary for organizing the event with the remarkably talented artists and musicians of the Hungarian State Opera. 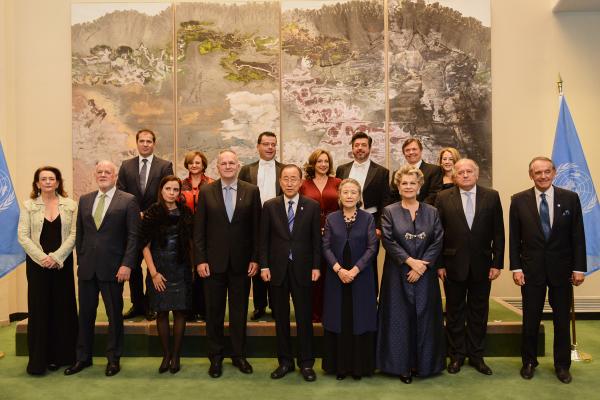 Dr. László Szabó, Deputy Minister for Foreign Affairs and Trade of Hungary said that Hungary, as an active member of the United Nations, is very proud to organize the gala concert. 60 years ago the Hungarian people rose up against the communist dictatorship and made it clear that freedom comes first. In 1956, the entire world has learned about the heroic fight and despite its failure, it was highly influential to the outcome of the Cold War. Deputy Minister Szabó thanked the Secretary-General for his dedicated service at the helm of the United Nations for 10 years. 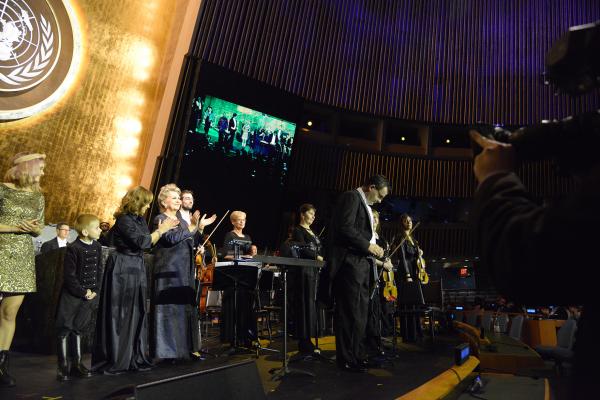 To read the full speech of the Ambassador at the Gala, please click here.

To see the photo diary of the event, please click here.